In other Alphabet news, CAO Amie Thuener O’toole sold 61 shares of the company’s stock in a transaction on Thursday, April 2nd. The shares were sold at an average price of $1,098.26, for a total value of $66,993.86. Following the completion of the transaction, the chief accounting officer now owns 388 shares in the company, valued at $426,124.88. The transaction was disclosed in a legal filing with the Securities & Exchange Commission, which is accessible through this hyperlink. Also, Director Ann Mather sold 34 shares of the stock in a transaction dated Wednesday, April 1st. The stock was sold at an average price of $1,121.18, for a total transaction of $38,120.12. Following the sale, the director now owns 1,119 shares of the company’s stock, valued at approximately $1,254,600.42. The disclosure for this sale can be found here. Insiders sold 322 shares of company stock valued at $410,071 in the last 90 days. 12.99% of the stock is currently owned by insiders.

Alphabet (NASDAQ:GOOG) last released its quarterly earnings results on Tuesday, April 28th. The information services provider reported $9.87 EPS for the quarter, missing the Thomson Reuters’ consensus estimate of $11.27 by ($1.40). The firm had revenue of $41.16 billion for the quarter, compared to analysts’ expectations of $40.29 billion. Alphabet had a net margin of 20.71% and a return on equity of 17.43%. The firm’s quarterly revenue was up 13.3% compared to the same quarter last year. During the same period in the previous year, the firm posted $9.50 EPS. As a group, equities research analysts expect that Alphabet will post 41.47 earnings per share for the current year.

Read More: What are the risks of holding treasury bonds? 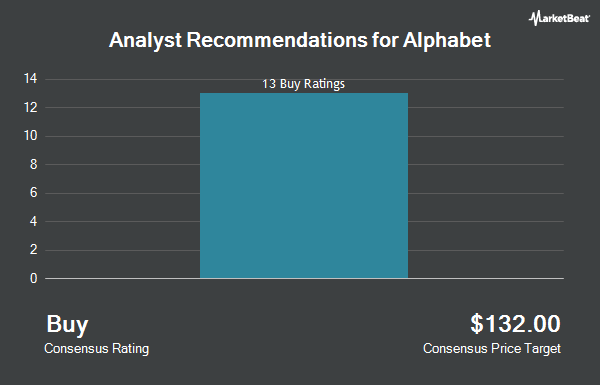 Receive News & Ratings for Alphabet Daily - Enter your email address below to receive a concise daily summary of the latest news and analysts' ratings for Alphabet and related companies with MarketBeat.com's FREE daily email newsletter.

Complete the form below to receive the latest headlines and analysts' recommendations for Alphabet with our free daily email newsletter: